Catching the attention of musician TobyMac, getting signed on his record label, recording her debut album, and winning a Dove Award (2012) are all amazing accomplishments for 22 year old Jamie Grace.

But knowing she has accomplished those things while living with Tourette Syndrome, Obsessive Compulsive Disorder (OCD), Anxiety, and Attention Deficit Hyperactivity Disorder (ADHD) are reasons to call her an overcomer!

Getting to Know Jamie Grace

Just a few days before Christmas, Jamie Grace hosted an impromptu meet and greet not far from my home. Even though I don’t fit into her target audience (teen girls and young women), I couldn’t wait to meet the hot-pink haired, cowboy-boot wearing musician. After all, I really am a fan! 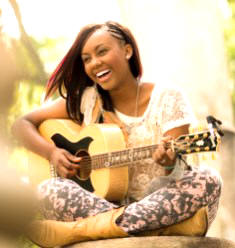 A contrast of playfulness and spiritual maturity weave throughout her songs. Those same character traits were evident as she interacted with the fans who showed up on that chilly December day.

Two sisters who were getting her autograph held up the line when they began singing one of Jamie’s songs back to her. I was drawn to Jamie’s response to the girls. She couldn’t quit smiling.

At such a young age, Jamie Grace is already having kingdom impact through her music.

At eight years old, Jamie began experiencing facial twitches, clenching her fingers and toes, repeating phrases over and over, and squeezing her eyes closed. Even riding in a car was difficult because she repetitively banged her head against the window. Because her mother was persistent in discovering what caused these unusual behaviors, her doctor finally diagnosed her with Tourette Syndrome, OCD, Anxiety, and ADHD when she was 11 years old.

Big struggles for a little girl.

She tells me her symptoms were most severe between the ages of nine and 15. Some of her peers bullied and mocked her repetitive behaviors. Home schooling helped her deal with the stress of peer relationships and the negative effects of the medications she was taking.

With a determined focus, she completed her high school education when she was only 16 years old. She continued working on her passion for music while attending college classes. During this time, she released her first album One Song at a Time. She graduated from Point University with a degree in Children’s Ministry when she was 20 years old.

The Power of Music

Having grown up in a musical family (mom sings and dad plays drums and bass guitar), Jamie knew firsthand the power of music. She and her sister, Morgan, began teaching themselves how to play various instruments when she was 11 years old. Jamie now plays the drums, guitar, piano, bass guitar, ukulele and banjo.

She also began writing songs and singing. She discovered playing an instrument and singing help lessen her symptoms. Research suggests creative endeavors, like writing and making music, help focus the mind on other things instead of on the body’s impulse to tic. 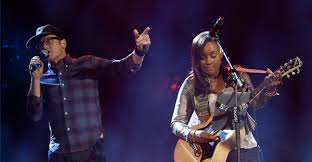 Her YouTube videos caught the attention of musician TobyMac. After three years of checking out her musical abilities, he signed her to his record label Gotee Records. Her first album, One Song at a Time, was released in 2011. It quickly gained momentum with young Christian women. Winning a Dove Award for New Artist of the Year in 2012 speaks to the power of Jamie’s musical talent.

A Woman With Many Talents

Not only is Jamie a singer-songwriter, but she is a speaker and an actress, as well. She regularly speaks and performs at the Revolve conferences (part of Women of Faith to audiences of teenage girls who are serious about their faith.

At a Revolve event three years ago, Jamie faced a symptom of Tourette’s while on stage. I asked her to explain what happened. “I experienced a vocal stutter while I was speaking. It literally stopped me from what I wanted to say. I couldn’t speak. It lasted about thirty seconds, but it felt like thirty minutes. I shared my frustration with my friend, Jenna Lucado Bishop, back stage. She encouraged me, believing it was my best show yet because the girls were able to see firsthand how I worked through my struggles.”

She performed as Rachel in the movie Grace Unplugged in 2013 (see picture to left with co-star AJ Michalka). She has appeared as herself in several shows on iShine KNECT, a faith-based variety show for tweens.

Jamie Grace is definitely a woman with many talents.

I asked Jamie about the treatments she uses for her health struggles. She said, “I tried medications when I was younger, but they didn’t work. Now I find I have to reduce my stress – both positive and negative stress. I try to get as much sleep as I can, because I don’t tic as much when I get enough sleep. I enjoy listening to soft music. I turn to music a lot. Doing several things at a time also helps reduce the tics.”

Jamie has faced many serious struggles in her life, but she refuses to allow those struggles to keep her from pursuing her passions. When I asked her about advice for overcoming struggles, she said, “We all will face big things in our lives, struggles that can interrupt our lives. Those things may hurt. We might take them personally. We might feel lost or stuck. I think it is a privilege to think about our God who is bigger than all those struggles. It’s worth fighting through it. He is creating a huge story through our struggles and using it to encourage others.”

From one overcomer to another, I’d say those are powerful words! 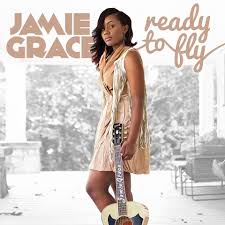 For Jamie Grace fans, there has been great anticipation for the release of her second album Ready to Fly.  I asked about the inspiration for this album. She said, “We may feel like we are not always ready for the next step. But we know it’s time to go. We may not know what that means, or even what it will look like. Be diligent while you are waiting. But be ready to fly when He (God) calls you.”